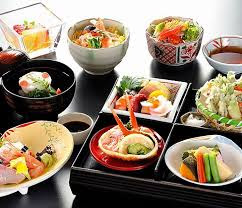 “Wa” means peaceful and round, and “Shoku” means eating. So that Japanese cuisine makes a peaceful and family-like atmosphere.

“Wa” has another meaning “Unison”, Japanese cuisine concentrates to the unification of all ingredients. This balance of the ingredients creates the unison of the delicate taste and healthy diet.

It is one of the reasons that Japan became the first longevity in the world.

Over more Japanese cuisine is called the healthiest food in the world these days.

Japanese soup stock “Dashi” is the most important ingredients for “Wa-Shoku”.

It is made by Dried Fish, Kelp, Seafood, Shitake Mushroom, and the other ingredients.

Especially Dried Bonito and Kelp are basic stock. It is used for almost all Japanese dishes. 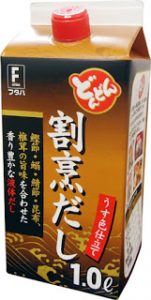