Nexty Co.,Ltd. will exhibit the FOODEX JAPAN 2018 within Futaba’s booth at The Makuhari Messe in Chiba-city on March. 6 to 9. Hall 10 Booth No. D26 (10D26)
The FOODEX JAPAN (International Food and Beverage Exhibition 2018) is the largest food fair in Japan. 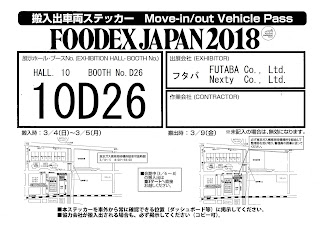 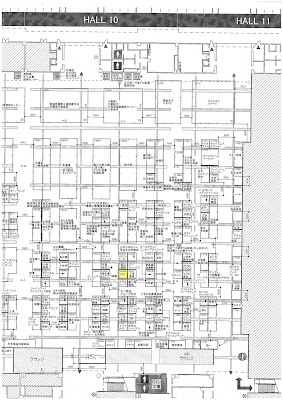 You should find this helpful if you visit our booth on this occasion. Also, we will send you an admission ticket if you contact us. We are looking for distributors from all over the world.

We will exhibit the Niigata Food Trade Fair 2018 at The Italia-ken in Niigata-city on 6 February. We propose various menu using soup stock in bag and seafood dashi sauce. By condensing the taste of sweet shrimp and dried shrimp, the shrimp sauce has excellent in UMAMI balance such as taste, body and sharpness, and has adequately deep flavor. We recommend using it for ramen noodle soup, pasta sauce and bisque.

We are looking forward to seeing you. 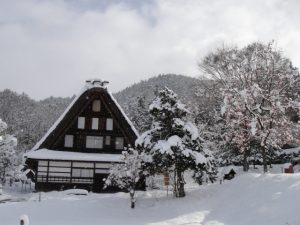 The traditional Japanese calendars divide a year into 24 solar terms.
Daikan (大寒) is the Japanese word for solar term, the coldest part of the year.
In the Gregorian calendar, it usually begins around 20 January and ends around 4 February.
It’s the day of the year that the cold is most severe, but you could also say that Spring is just coming around the corner.

Winter is the perfect time for hot pot, Sukiyaki. 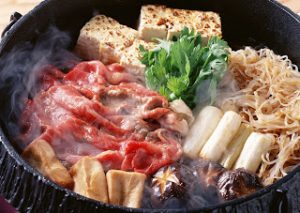 I will teach you how to make delicious Sukiyaki.

You can easily cook using this product.

＜How to cook＞
① Put 10 oz Don-Don series Katsuo tsuyu and 10 oz Mirin in a pot, place over high heat, bring it to boiling.
② Cut the yaki-tofu into bite size, the leeks diagonally, parboil shirataki, and cut into bite size. Remove the stem tip of the enokidake.
③ Heat a Sukiyaki pan (shallow iron pan), and melt a beef fat.
④ Grill some beef in the pan, add some ① and coat the beef with it.
⑤ Add ② and grill. Dip the beef and ingredients in a beaten egg to eat.

TIPS
After enjoy the Sukiyaki, add rice, some water, and warishita sauce in the pan to make a Beef Ojiya (beef risotto ).

Thank you and stay warm. 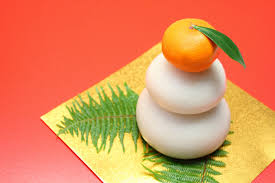 In Japan, rice cake has been considered a sacred food for a long time because rice cultivation was indispensable for the Japanese.
Kagami-mochi are traditional Japanese offering made of rice cake for New Year’s.
Kagami-biraki is an event to eat Kagami-mochi, wishing a peaceful year for the family. Many Japanese people make Shiruko(sweet red bean soup) or Ozoni(Japanese traditional soup which contains chicken, boiled fish‐paste and vegetables) using Kagami-mochi at home. 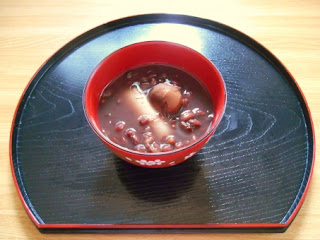 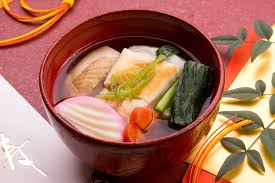 Ozoni
It is said that it gets power from the god of the year.  Generally, this event takes place on 11th January.

May the year of 2017 bring you a lot of happiness and smiles.

Happy New Year!
I look forward to your continued good will in the coming year. In Japanese, New Year is called “oshougatsu”, and the very first day of the year is called “gantan”. New Year’s Day is a very important day for the Japanese people.

There are many events and customs to celebrate New Year’s Day.

Some people climb up the mountain before dawn to see the first sunrise of the year. 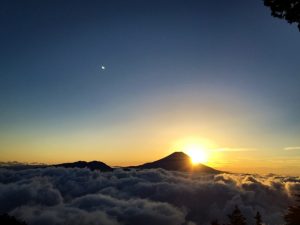 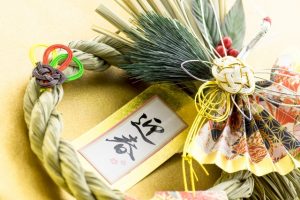 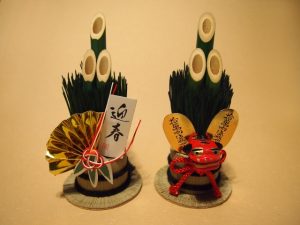 “Kadomatsu”, two groups of bamboo to place in front of the entrance; “shimenawa”, a sacred straw rope to protect the door; and “kagamimochi, round, piled up mochi (rice cakes) to appreciate and eat as a token of wellbeing.

Adults put money in a special envelope and give it to children. This is called “otoshidama” and many children look forward to it very much! This is usually designed with symbols of good luck or the animal of the year out of the 12 animals in the Chinese astrological calendar. Families with young children often send New Year’s Cards with a family photo or a picture of their children.

Many people go to shrines to make wishes for the coming year.
This event is called “hatsumoude”. 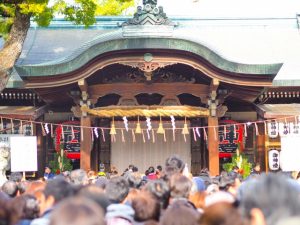 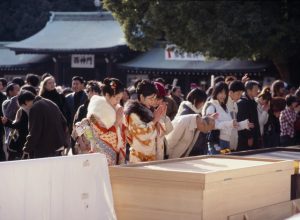 Usually, you must line up for a long cue to buy this one. Japanese people like to buy “omikuji” as well, which is a lottery that tells you your fortune for the year. “Daikichi” is the best, and “Daikyo” is the worst.

People buy or prepare tiered boxes filled with special food for the New Year – this is called “osechi”. 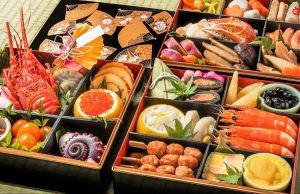 The food in the osechi each has a special meaning, mainly to wish for wellbeing. Together with the osechi, we drink special sake named “otoso” and eat “ozouni”, which is similar to miso soup but has mochi in it.